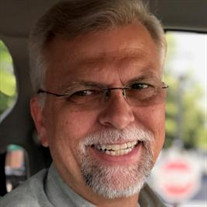 FUNERAL ARRANGEMENTS ARE BEING HANDLED BY BOWEN & PARKER BROTHERS FUNERAL HOME IN LATHAM, NY. We are saddened to announce the passing of Douglas “Doug” Gailor on May 20, 2022, who died peacefully at his home surrounded by his family. Doug was born July 4, 1958, in Troy, NY to the late Ethel and Harold Gailor. Doug grew up in Mechanicville, NY and was a 1976 graduate of Mechanicville High School. He went on to follow his passion and create a lifelong career in the automotive industry. He was a Firestone store manager and district manager for 17 years which brought his family to Charlotte, NC in 1988. He went on to become a successful owner of multiple automotive repair shops in Charlotte over the next 18 years. In 2016, he sold his business in Charlotte and became the owner of six Napa Auto Parts stores in Greenville, SC. Over his career he served on the National Auto Care Council and was the president of the Charlotte North Carolina Business Development Group for 10 years. Doug knew how to run a business, build a business, and develop his employees. He did this by treating everyone like family, which he believed was a recipe for success, and he built his career on it. This mantra of family was apparent as he made an impression, if not an impact, on the lives of everyone he knew. His passion was for inspiring and supporting those around him to be their best selves, both personally and professionally. In his free time, he enjoyed riding his motorcycle, playing darts, going to breakfast with his friends, and he could fix just about anything! Needless to say, Doug loved his family more than anything. To most, he was simply “Uncle Doug” but to everyone, he was so much more. To know him was to love him, he was loving, kind, generous, fair, accepting, and inspiring to everyone in his life. He will be greatly missed by all who were lucky enough to have known him. Doug is survived by his wife, Isa (Cooper) Gailor of Travelers Rest, SC, his two daughters, Rachel (Scott) Godbout of Arlington, VA and Sarah (Michael) Brust of Charlotte, NC, his two stepdaughters, Hadassah (Matt Mantell) Dockery of Morrison, CO and Shayna Jordan of Indian Trail, SC, his grandchildren; Natalie Godbout, Elli Jordan, and Novalei Jordan, his sister, Patricia (Bob) Comeau, his brother, Robert (Pam) Gailor, as well as by many adoring nieces, nephews, cousins, and dear friends. Doug was preceded in death by his parents and his brother, George (Margaret survives) Melvin. We welcome you to share in celebrating his life on Saturday, May 28, 2022 at 10 AM at Bowen and Parker Bros. Funeral Home, 97 Old Loudon Rd., Latham, NY. Interment will follow in St. Michael’s Cemetery, Waterford. All are invited to a visitation on Friday evening, May 27, from 4 until 7 PM at the funeral home.

FUNERAL ARRANGEMENTS ARE BEING HANDLED BY BOWEN & PARKER BROTHERS FUNERAL HOME IN LATHAM, NY. We are saddened to announce the passing of Douglas &#8220;Doug&#8221; Gailor on May 20, 2022, who died peacefully at his home surrounded by his family.... View Obituary & Service Information

FUNERAL ARRANGEMENTS ARE BEING HANDLED BY BOWEN &amp; PARKER BROTHERS...

Send flowers to the Gailor family.