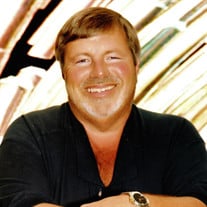 Edwin Eric Smith, 60, went to be with the Lord on Monday, September 13, 2021, at Pelham Medical Center. Born in Tipp City, OH, he was the son of the late French Austin Smith and Cecil Ruby (Smoot) Smith. Edwin was the owner of Ed Smith Remodeling,... View Obituary & Service Information

The family of Edwin Eric Smith created this Life Tributes page to make it easy to share your memories.

Edwin Eric Smith, 60, went to be with the Lord on Monday, September...

Send flowers to the Smith family.