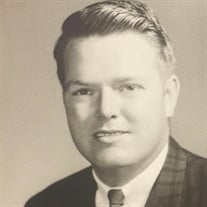 Hansford Landis Carter, 76, of Greer, went to be with his Lord and Savior, August 28, 2021, at Prisma Health- Greer Memorial Hospital. Born in Ruffin, SC, he was the son of the late Paul Hansford and Nona Bessenger Carter. He graduated from Clemson University in 1967 and became Vice President of Technical Services for JP Stevens Plant in Walterboro and in Slater. Landis and Becky were married for over 50 years, he traveled with his job to many wonderful places. When he stayed at a special place, he always made sure the next time Becky was with him. He was a dedicated family man who loved his wife, children, and grandchildren with all his heart. He loved Ruffin, SC, which is his hometown, and they shared many great times and wonderful happy days there. He used to recall the lonesome whistle on the late-night train as it pierced the night and echoed through the forest of the long leaf pines. Growing up in Ruffin, SC, Landis was a member of Ruffin Baptist Church and when he would come home from college in the summer, he would teach Sunday School. He continued to use his many talents to serve as a Sunday School teacher and a Deacon at East North Street Baptist Church. He was a wonderful storyteller and when we would be at the farm, he would drive the grandchildren in the old truck they named, “Uncle Jesse”. They would stop in the woods, and he would turn off the lights to begin telling stories, Landis cherished those memories. They called him Granman”, a name that will live forever in their hearts. He is survived by his wife of 52 years: Becky Lybrand Carter; his daughter: Shelley Keith (Greg), grandchildren: Daulton, Reilly, and Aidan; his daughter: Farrah Lynn Stephen (Drew), and grandchildren: Carter and Stokes. Due to covid, a celebration of life will be held at a later date. In lieu of flowers, memorials may be made to Ruffin Baptist Church, 191 Double Churches Rd. Ruffin, SC, 29475 or to Upstate Backpack Blessing fund at Advent United Methodist Church, 2258 Woodruff Rd. Simpsonville, SC 29681

Hansford Landis Carter, 76, of Greer, went to be with his Lord and Savior, August 28, 2021, at Prisma Health- Greer Memorial Hospital. Born in Ruffin, SC, he was the son of the late Paul Hansford and Nona Bessenger Carter. He graduated from... View Obituary & Service Information

The family of Hansford Landis Carter created this Life Tributes page to make it easy to share your memories.

Hansford Landis Carter, 76, of Greer, went to be with his Lord...

Send flowers to the Carter family.