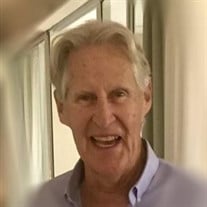 John Edgar Dautrich, known to everyone as Jack, was born on December 21, 1940, in Pottsville, PA to William and Mary Dautrich (nee Bettinger). The family resided in Philadelphia where Jack and his older brother Bill attended Catholic grade school. Jack graduated from North Catholic High School and immediately went to work in the mailroom of a large corporation to help support the family, which was struggling due to his father’s deteriorating health. He entered the Philadelphia Police Department in 1962 and was promoted to plainclothes detective a few years later. With great people skills and a love of excitement, Jack thrived in Central Detectives and worked there for the next 28 years. In the 1970s, Jack took some time out to join his brother at Ogden where Bill headed security teams for the US tours of several iconic British rock bands, most notably Led Zeppelin and Eric Clapton. Jack flew on the Starship, kept adoring fans at bay, and the boys safe from local police interference. The conversations Jack had while on these tours led to his becoming a published author. In the early 1980s, he co-authored Big City Detective which was published by E.P. Dutton in 1986. Dutton arranged book signings, as well as radio and tv interviews, and for a time, Jack was a local celebrity. Jack retired from the police department to assume full-time custody of his daughter, Jennifer when she was 11. He began a new career as an entrepreneur starting his company, Jack’s Team Support, which designed and sold fundraising programs to high school and college sports teams. Jack knew every coach in the Philadelphia area and had a number of regional sales reps covering the mid-Atlantic region. In these years, Jack traveled extensively with his partner, Dr. Robin Lowey. They explored most of Europe, parts of Asia, Australia, and lots of islands and exotic lands in between. In 2005, Jack moved to Naples FL, and in 2006 ended his long and storied bachelor’s life when he married Karen Wenstrup, whom he had met many years before at a family wedding. Jack was an avid sports fan. He particularly loved boxing and was at Madison Square Garden with the Frazer team for the infamous fight with Mohammad Ali. He loved travel and tennis. He was a voracious reader who was well versed in history. He enjoyed politics and good movies, concerts, road trips, and most of all conversation. Jack is survived by his wife Karen, his daughter, Jennifer Dautrich-Post, stepson Daniel Gelinas, Daniel’s wife Jennifer, their son Nolan and daughter Audrey. His sister-in-law Cass Dautrich-Garbay, his beloved cousins Anne Hutton and Barbara Campbell, and Barbara’s children Mike Campbell, Debbie Eustace, Mark Campbell, Donna Gardner, and Babs Campbell. Also survived by his nephew, Bob Rogers, and many friends from every phase of his life. Memorial services will be Saturday, December 18, 2021 at 10:00am, at Our Lady Help of Christians, 1500 Marian Rd. Abington, PA 19001. His ashes will be buried with his parents at Forest Hills Cemetery in Huntington Valley PA. Online condolences may be expressed to the family at www.thehowzemortuary.com. The Howze Mortuary in Travelers Rest is in charge of the arrangements. (864) 834-8051.

John Edgar Dautrich, known to everyone as Jack, was born on December 21, 1940, in Pottsville, PA to William and Mary Dautrich (nee Bettinger). The family resided in Philadelphia where Jack and his older brother Bill attended Catholic grade... View Obituary & Service Information

The family of John Dautrich created this Life Tributes page to make it easy to share your memories.

John Edgar Dautrich, known to everyone as Jack, was born on December...

Send flowers to the Dautrich family.