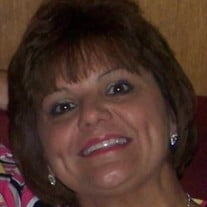 Lora Faye Kennemore, beloved daughter of Lois Cranford Kennemore and the late Larry W. Kennemore, met her Lord and Savior on Wednesday February 3, 2021 at McCall Hospice House. Born November 20, 1964 Lora was a 1983 honors graduate of Berea High School and Enoree Career Center. She was previously employed at Marietta Child Development Center where she taught three year olds. She was a faithful and devoted member of Forestville Baptist Church where she had worked with GA's, Cubbies, Children's Choir, Encouragement Card Ministry, and as the preschool Sunday school director. Many babies and children learned of the love Jesus had for them through her unconditional and selfless love. Lora was predeceased by her father Larry W. Kennemore, paternal grandparents Willard and Lucille Kennemore, and maternal grandparents Edward and Sallie Cranford. Left to cherish her memory, in addition to her mother, are her best friend and sister Lisa Kennemore, and brother Michael (Freda) Kennemore. Also surviving are the loves of her life nephew Davey (Rachel) Kennemore and nieces Aundrea Kennemore and Courtney Kennemore. For the past two years she fell in love with being a great aunt to Owen Willard Kennemore who was her pride and joy and was eagerly anticipating the arrival of a new great nephew who she will now watch over from heaven. Lora fought valiantly and with grace for as long as she could and is now able to say, "I have fought the good fight, I have finished the race, I have kept the faith. Finally, there is laid up for me the crown of righteousness, which the Lord, the righteous Judge, will give to me on that Day". The family will receive friends Sunday afternoon, February 7th, 2021 from 2 p.m. until 3 p.m. at Forestville Baptist Church. Funeral services will be held at 3 p.m. Sunday afternoon, February 7th, 2021 at Forestville Baptist Church with burial to follow in the church cemetery. The Family will be at the home.

The family of Lora Kennemore created this Life Tributes page to make it easy to share your memories.

Send flowers to the Kennemore family.