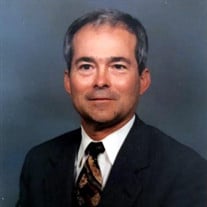 Samuel James (Jim) Showalter III passed away peacefully on Sunday, June 13, 2021, surrounded by his children, after suffering a stroke. Jim was born on January 14, 1938 in Harrisonburg, Va. He was the son of the late Samuel James Showalter, II and Muriel Newbern Showalter. A 1957 graduate of Lane High School in Charlottesville, Va., Jim attended Mars Hill College in Mars Hill, N.C. He also served in the Virginia National Guard. Jim was a long-time member of Green Valley Country Club in Greenville, S.C. where he and his late wife loved to play golf. He was an avid gardener and a member of Trinity Presbyterian Church where he truly enjoyed his affiliation with the choir. He was also a proud member of the Masons. Jim was a well-respected career agent with New York Life, retiring in 2001 after 40 years of dedicated service to his clients. He achieved Chairman’s Council status and belonged to the Million Dollar Round Table. Jim is survived by 2 brothers, Jerry Newbern Showalter of Ivy, Va., Michael Ray Showalter (Cindy) of Martinsville, Va., his children, Todd Alan Showalter (Robin) of Sanford, N.C., Tamara Lynn Showalter of Charlottesville, Va., Joan Showalter Evans (Aaron) of Charlottesville, Va., Edward Blakemore (Robin) of Travelers Rest, S.C., Chad Blakemore (Elizabeth) of Simpsonville, S.C., 12 grandchildren, 4 great grandchildren and 2 nieces. He was preceded in death by his parents Samuel and Muriel Showalter, a son David Showalter, and his wife of 43 years, Harriet Menefee Showalter. A memorial service will be held on Saturday, July 31, 2021 at 10:30 a.m. at Trinity Presbyterian Church in Travelers Rest. The family will greet friends after the memorial service. In lieu of flowers, the family would appreciate donations made to Trinity Presbyterian Church Building Fund in Jim’s memory.

Samuel James (Jim) Showalter III passed away peacefully on Sunday, June 13, 2021, surrounded by his children, after suffering a stroke. Jim was born on January 14, 1938 in Harrisonburg, Va. He was the son of the late Samuel James Showalter,... View Obituary & Service Information

The family of Samuel James "Jim" Showalter III created this Life Tributes page to make it easy to share your memories.

Send flowers to the Showalter family.