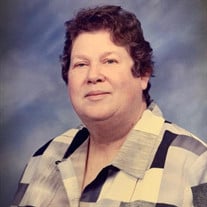 Vivian Loraine Savage of Traveler’s Rest, SC, age 74, passed away February 28, 2022. Born , October 2, 1947 in Danville, VA she was the daughter of Vestel Lorraine Brady, Hillsville, VA and James Large Savage, Danville, Va. Her paternal grandparents were George N. Savage and Ruth Trowbridge Savage, Danville, VA. Her maternal grandparents were Thomas and Fanny Brady, Hillsville, VA. Vivian “Vicki “spent her early years in the Danville, VA area surrounded by numerous first cousins, aunts and uncles and Grandmother in the large Savage family. She also spent time with her Mother’s family, the Brady’s who lived in the beautiful mountains in Hillsville, VA . Vicki moved to Traveler’s Rest during her early school years with her mother, Lorraine and her step father Frank W. Nicely. She graduated from Traveler’s Rest High School and Appalachian State Teacher’s College. Over her work career she was a teacher and worked in various retail positions while living in several different states. Later, upon moving home to Traveler’s Rest , she worked in retail and was a personal caregiver. She was an enthusiastic lover of animals and always had dogs and cats in her life. Vicki was an avid reader and had a wealth of knowledge about many different subjects. She was a part of several Lutheran Church congregations in different areas. She was a friendly, kind and compassionate person who would bend over backwards to help someone. She was preceded in death by her husband, David Godfrey, her mother Lorraine Savage Nicely her father James Large Savage and her stepfather Frank W. Nicely, as well as loving grandparents, aunts, uncles and cousins from the Savage and Brady family. “Miss Vicki” will be greatly missed and always lovingly remembered by her friends and family. A Memorial Tribute is being planned for the spring. If you are interested in making a gift in memory of Vivian Savage please do so at Greenville Humane Society, 305 Airport RD, Greenville, SC 29607 or online at www.greenvillehumane.com/donate.

The family of Vivian Lorraine Savage created this Life Tributes page to make it easy to share your memories.

Send flowers to the Savage family.